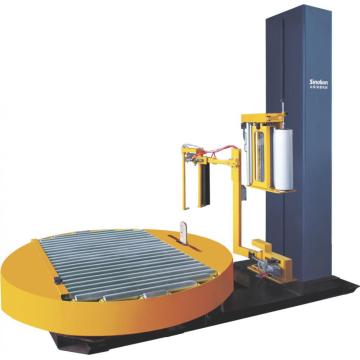 When stretch wrapping finish, the film will be cut and clamped automatically.

After film being cut, the hot sealer will seal the film tail automatically to ensure no film tail come out.

Shandong Sinolion Machinery Corp., Ltd was established in 2006. Before that we are already producing stretch wrappers and conveyors with various design.

Sinolion machinery has the profession engineering team and production base to serve the customers. We have supplied wrapping system for well known brands from industries of food & beverage, logistics, chemical, construction material and paper mill, etc.

Up till now, we have developed many new systems like palletizer, pallet strapper, paper corner applicator, sheet dispenser and conveyor, etc. We are always ready to serve customer with our best product.

Email to this supplier